Memes are funny. We laugh, we click "share," and we DM them to friends and family. Whether it's through Twitter, Instagram, or Facebook, nearly everyone is guilty of scrolling through memes and giggling to themselves (or out loud, which can be awkward in public). Memes have very quickly become a global coping method - a way that people laugh away uncertainty, fear, and anxiety.

As funny as they may often be, they have also become an unpleasant tool. Memes are utilized in circles of people as a way to make fun of those who look, act, or think differently from them. Most prominently, political adversaries utilize memes as a way to pick apart their opposition and disparage those who think differently than them. Democrats, liberals, Republicans, conservatives, libertarians, and independents are all equally guilty of this unfortunate trend.

Political memes can be hilarious, don't get me wrong, but when they disparage, discount, or demean another person's opinion or values, then they cross the line to useless and harmful to productive conversations. The fact is when you close yourself off to new information and varying viewpoints, you're depriving yourself of intelligence too. Unfortunately, as loving and understanding as an individual may be, strongly-worded and insulting political memes can often suggest close-mindedness and ignorance on social media, no matter your political affiliation.

Over the past couple of months, I've been keeping watch and saving political memes from both sides of the aisle. It's funny because conservatives and liberals utilize very similar tactics to insult, harm, and discount their opposition via memes - yet those who post these memes don't realize it at all. To me, it seems foolish to continue in this circle of unproductive disparagement, especially when you realize that we all have similar perspectives on the "other side."

I encourage you to slide through the following handful of political memes I collected to see how we all use similar tools to harm one another instead of putting our weapons down and having civil conversations. Instead of learning and growing and accepting the valid existence of different points of view, we promote a lack of understanding and continue to contribute to a polarized political climate. These memes often include false or misleading information as well, leading to widespread misunderstanding about important issues. I hope that reading through these makes you aware of the often blind hypocrisy that both sides subscribe to and makes you think twice before posting that political meme.

Disclaimer: The following is supposed to be offensive, that's the point of political memes. I do not take credit for nor support any of the memes in this post. All memes were found on social media outlets such as Twitter, Instagram, and Facebook. 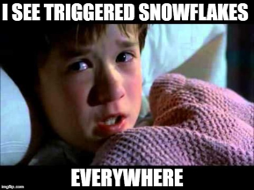 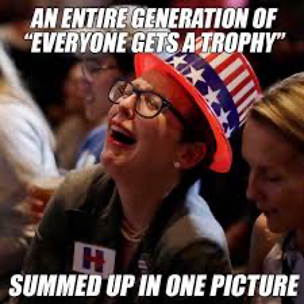 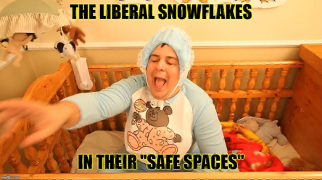 Conservatives often take up the term"snowflake" to describe liberals who they deem as sensitive and easily upset. Some even make it a goal to "trigger" their opposition. 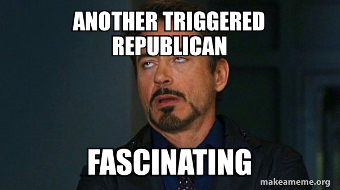 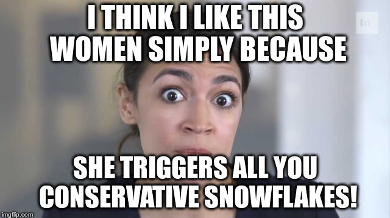 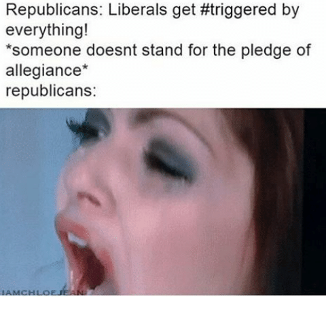 Funny enough, liberals use the same language to insult conservatives who they also deem as sensitive to certain issues. I bet you didn't think that you both have the same perspective, huh? 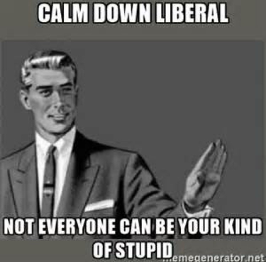 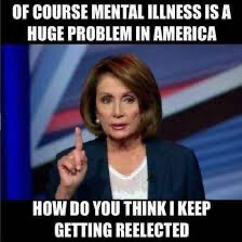 Conservatives also like to insult the intelligence of liberals, insinuating that no one who is smart could possibly have left-leaning opinions. This is an age-old tactic. 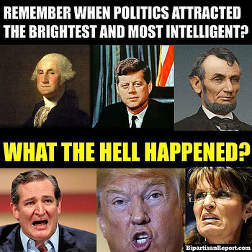 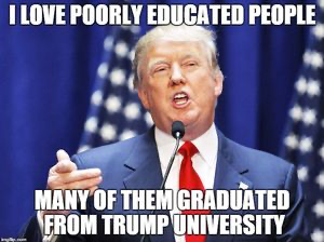 Shockingly, liberals do the same thing to conservatives. Mocking the intelligence of someone who is different than you is a mechanism used to avoid trying to actually understand someone else's point of view, which is both a challenging and deeply humbling task.

Republicans tend to worry about Democrats for having authoritarian policies, so of course, there are a plethora of memes supporting that theory, but Democrats think the same way.

Throughout President Trump's term, liberals have suggested that his policies and actions lean towards authoritarian and that his preference would be to be a dictator.

Money is a common theme in American politics and whether it's the left or right, everyone loves picking holes at the arguments of seemingly hypocritical politicians.

CNN is a typically left-leaning news outlet, so of course, conservatives love to dub it the holy grail of "fake news" media.

To no one's surprise, liberals argue the same exact thing against Fox News, a traditionally right-leaning media outlet. In all honesty, I wouldn't recommend either media outlet as a primary source of news.

Everyone loves generalizations; they are easy. If we don't like someone else's opinion, then instead of trying to understand it or listen open-mindedly, we can slap a generalization on it and call it a day. "All liberals/conservatives are the same and MUST think this." This one also falls into the hypocrisy category, as conservatives are attempting to pick holes in liberal arguments.

And liberals do the same thing. By knowing the opinion of one conservative, they paint ALL conservatives the same way and assume that that one opinion is one-size-fits-all. Liberals also use this to pick apart conservative arguments.

These next two memes are my favorite since I was able to find nearly exact matches. Insulting the supporters of presidential candidates is one of the most common tactics in political memes.

This is a prime example of the fact that even though both sides take different stances on political issues, we often think the same way. It is typical to take up an "us vs. them" mindset and plaster generalizations on everyone with a different opinion.

We love to call out politicians for being liars, but it's even better when the liars are on the other side of the aisle. Try to find a Democrat that Republicans think is honest. I bet you can't do it.

Vice versa, Democrats would be hard-pressed to point at a Republican that they deem as honest.

Unfortunately, the memes that I've included above are actually some of the less hateful ones posted on social media - there are far worse out there. Now that I've shown you some of these commonly used tactics shared by conservatives and liberals alike, I hope that you will be more aware of these memes when you're scrolling through social media. Maybe you'll even refrain from sharing some of them because you realize now how silly it looks coming from both sides. You'll now realize that to every liberal meme you post, there is an equally insulting conservative meme and vice versa.

I'm not a total party pooper; I understand that political memes can be a fun way to laugh about anxiety-inducing issues, however, as I've shown above, they also make civil conversations difficult and lead to even more tension and a divisive "us vs. them" mindset.

Maybe next time you'll think twice before you meme.

The Book that Changed My Perspective