Gov. Pritzker announces closure of all Illinois bars and restaurants 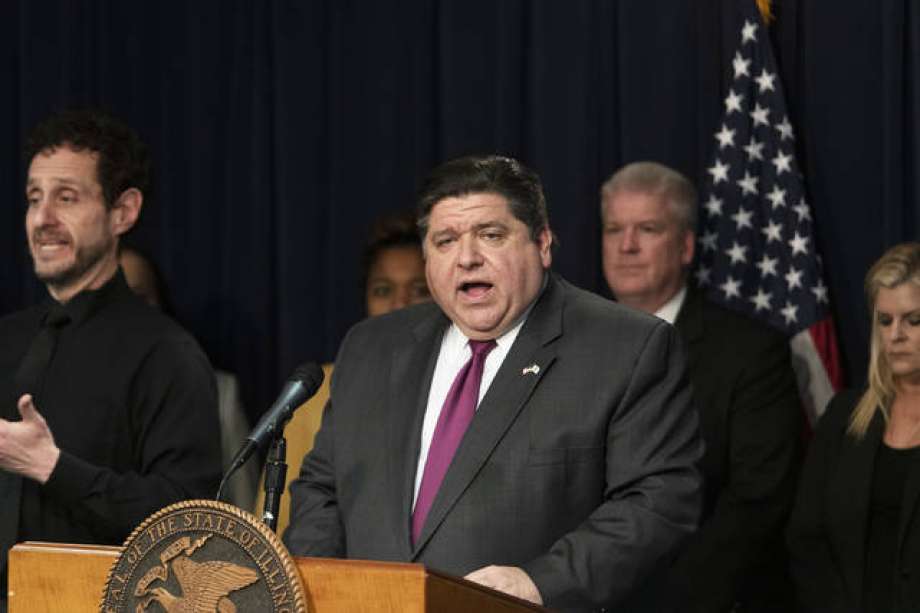 CHICAGO (CBS) — Illinois Gov. JB Pritzker announced Sunday afternoon that all restaurants and bars in Illinois will be closed effective at the end of the business day on Monday, continuing through March 30, due to the coronavirus pandemic.

“I cannot let the gravity of the choices prevent us from taking the actions that the science and the experts say will keep people safe,” Pritzker said.

Pritzker said the state was looking at ways to keep restaurant kitchens open, so that restaurants can continue food delivery to people’s homes. Drive-through and curbside pickup service from restaurants will be allowed to continue.

Pritzker’s announcement comes after Mayor Lori Lightfoot said the city of Chicago would require bars and liquor establishments to have less than half their regular maximum capacity of customers and a maximum of 100 people.

This was due to concerns about crowds that packed into cars for St. Patrick’s Day weekend on Saturday. All day Saturday, St. Patrick’s Day partygoers were out in force despite warnings not to gather in large groups.

CBS crews found one River North bar so packed people were waiting in line just to get in the front door.

That advice was clearly not being taken. The city announced new guidelines on large gatherings last week, mandating cancellation of events with more than 1,000 people and recommending community events of 250 or more be canceled or postponed.

At his Sunday news conference, Pritzker chastised those who packed bars on Saturday.

“It’s unfortunate that many people didn’t stake that seriously. The time for persuasion and public appeals is over. The time for action is here,” Pritzker said. “This is not a joke. No one is immune to this.”

Mayor Lightfoot said the city would be looking after hospitality workers amid the closure. But she warned that restaurants and bars needed to comply.

“Our restaurants and bars need to comply with this guidance, because we will enforce it at the city level,” Lightfoot said.

She acknowledged the traditional festivity of St. Patrick’s Day, but emphasized that this year, it is not acceptable.

“This year, this time is different. It must be different to save lives,” she said. “I do not want to see horde of people on the street. The bars will be shut, so please stay home and be safe.”

“The Illinois Restaurant Association will continue to act on behalf of economic relief for our employees and our small businesses,” Toia said. “It is the number one concern of the restaurateur to make sure his or her team members get their paychecks.”

But in food and entertainment districts such as River North, the hit is extraordinary. Those in the restaurant and bar community said some venues will close down for good because of this, while others are scrambling to make ends meet.

On Sunday night, there was traffic outside Mercadito, 108 W. Kinzie St. But soon, the staff and the director of operations, Marissa Tunon, know the traffic inside is about to stop.

“My concern is mostly my employees right now – how can I help them,” Tunon told CBS 2’s Jeremy Ross. “I do know some of them won’t be able to feed their families. Many will not be able to make their rent.”

About 100 people are employed at Mercadito, and Tunon said shutting down for two weeks means the loss of hundreds of thousands of dollars.

“Business is going to take a big hit in every single way, from food waste to. I don’t know if my employees are going to come back after two weeks of not working,” she said.

The decision prompted high-profile chef Rick Bayless to call on the governor for help.

“Number one, to support emergency unemployment benefits to all hourly and salaried workers furloughed during this crisis; number two, to eliminate payroll tax; and number three, to call for rent and loan abatement for workers impacted by the closure of the restaurant industry,” Bayless said.

“It’s very comforting,” Tunon said. “It’s exactly what we needed. and he couldn’t have said it better.”

“Business-wise obviously, with the sit-down and dining there is no income. It’s very impactful not only for us but for all the staff… some people may be able to absorb it, some people can’t,” said Aaron Zacharias of Fountainhead.

In response to the restaurateurs’ concerns, the governor’s office referred us to a March 11 statement that includes saying they are working to help with unemployment, asking Congress to waive interest on federal loans and implementing state Disaster Relief Fund assistance.

The total jumped 27 on Sunday, and medical personnel warned that you should assume the virus is in your community.

“If we delayed the election, it is unclear when we would be able to hold another,” Pritzker said.

However, they urge voters to take advantage of early voting when possible. Early voting hours have been extended in the city and will now be from 10 a.m. to 5 p.m. Sunday and 9 a.m. to 5 p.m. Monday. Six locations will remain open until 7 p.m. Monday. Officials also said a higher than average number of election judges have quit. Replacement judges are being hired and can earn $170.

Pritzker also announced his anger at the situation at O’Hare International Airport this weekend.

Travelers at O’Hare waited to be screened by agents from Customs and Border Protection and the Centers for Disease Control and Prevention Saturday night. Airport staff and Chicago police even handed out snacks to people waiting in the lines.

Some people had to wait in lines up to six hours.

Pritzker also called out the president Saturday night in a tweet. He wrote that the long lines and crowds are “unacceptable” and that this needs to be addressed immediately. Pritzker blamed the federal government, writing, “To the frustrated people trying to get home, I have spoken with the mayor and our Senators and we are working together to get the federal government to act to solve this.”

On Sunday, Pritzker said he had received a call from Vice President Mike Pence and the Secretary of Homeland Security, “acknowledging that mistakes were made” and saying Customs and Border Patrol will double staff.

Mayor Lightfoot said the efforts at the airport will include deputizing members of the Chicago Fire Department to be screeners.

As for kids, the Chicago Public Schools will be giving away food to any child who needs it – no questions asked.

Grab-and-go pickup for breakfast and lunch for children under the age of 18, from 9 a.m. to 1 p.m., will happen daily. Kids can go to any school building to get food.